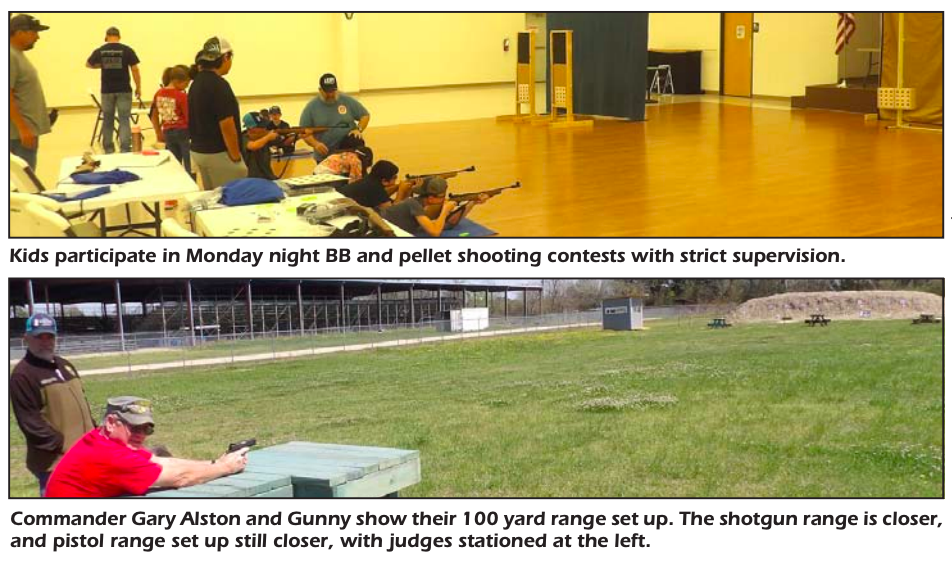 CROSBY – The David H. McNerney American Legion in Crosby Post 658 has always been integral to the community and a valuable asset playing critical roles during Hurricane Harvey and a testing site for COVID 19. Now the post is upgrading with a shooting range out back, involving youth with a BB range inside for Mondays, developing a Junior Shooter’s Club and other occasions.

This Saturday and Sunday the Crosby American Legion Turkey Shoot Fundraisers kick off at 9 a.m. until 4 p.m. It is a retry of the event that was to be held on February 13 but cancelled. Featured will be shotgun shots at $5 each and a kids BB contest at $1 per shoot. A winner is to be declared at every shooting.

The Legion just concluded a Lone-Star Legacy Run, a motorcycle ride around the State of Texas Raising Funds for the American Legion Legacy Scholarship Fund for children of military personnel killed on active duty since 9/11/2001. Beginning in 2017, the American Legion expanded awardee to include children of VA-rated, post-9/11/01 veterans with combined disabilities rating of 50% or higher.