Rodeo Round Up features true talent 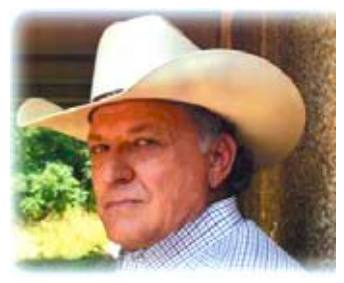 BEAUMONT – Mastery of any instrument requires an obsession of some kind and there are no shortage of those that have attempted to master the guitar. One of them will play the Rock’n C Roundup on March 20, with a flair generally attributed to Rock-N-Roll but well grounded in Country Western genre.

George Deerborne is definitely a Honky Tonker from Beaumont with a theme of “Live life, dance when you have a chance!” In case there was any doubt that he has proven to be a voice from south and east Texas.

Originally, Deerborne focused on the rhythm of the groups. He played drums, but there is little chance to use the vocal expression from the sitting perch. He applied considerable musical talent to the guitar and many loved his application. Leading his band from center stage he garnered attention for his lead guitar and vocals until he became opener for such groups as Conway Twitty, George Jones, Hank Williams Junior and others.

During the 90’s he played the local bars around Beaumont and was associated with Mark Chesnutt and Tracy Byrd as a third in the Beaumont Boys but was less fortunate in the Nashville pickups.

Last year Deerborne went to Nashville to cut Old Brown Bottle’, according to him, It’s a straight-up break-up song; rather than sappy, the upbeat melody gives the tune a light hearted twist.”