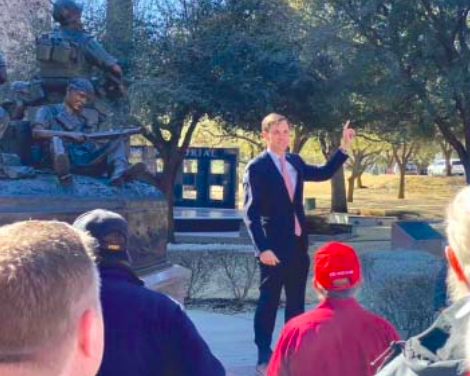 The Chambers County Republican Party recently condemned the Commissioners Court’s actions and called for them to rescind the resolution.

Last week, I was honored to welcome Texans from all across our state to the Capitol to support several conservative priorities, including House Bill 749—the ban on taxpayer-funded lobbying. I am glad to have their support for this vital legislation! You can see pictures of the rally.