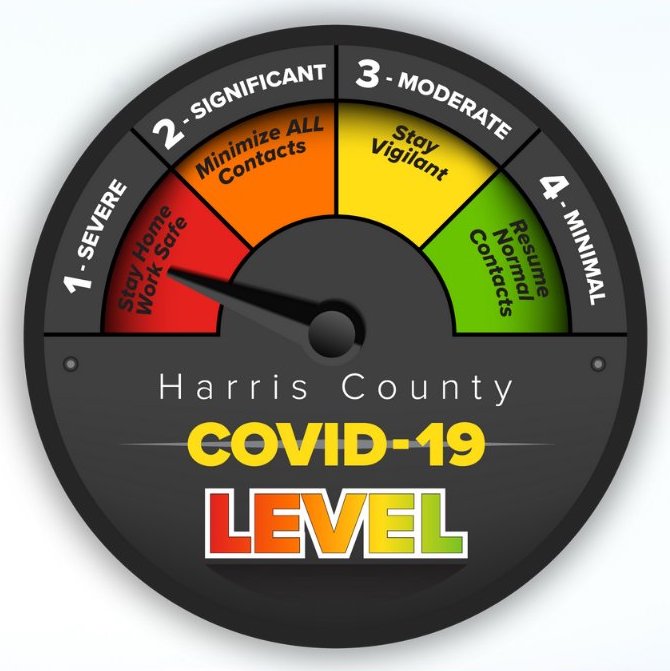 HARRIS COUNTY – Harris County judge Lina Hidalgo raised the COVID-19 threat level to “red” on Thursday afternoon, as the COVID-19 delta variant has increased hospitalizations and strained the region’s hospital resources over the past month.

It’s the first time the county has hit its highest threat level since June 2020.

The new advisory indicates that severe and uncontrolled outbreaks are present in the community and worsening, and that the public health capacity in the region is strained or exceeded, Hidalgo said. 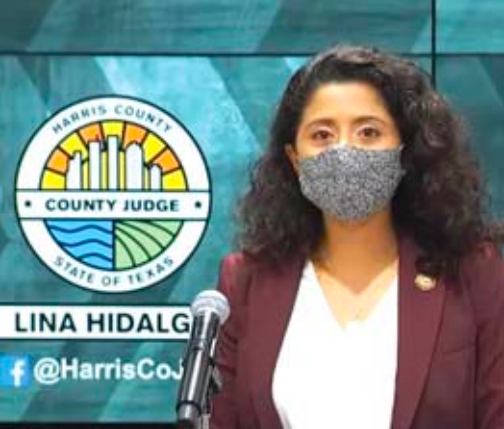 Hidalgo urged everyone eligible for a vaccine to get one, or else avoid “all but the most essential interactions.” She also recommended both the vaccinated and unvaccinated wear masks, and told the public to use ERs for life-threatening emergencies only.

The judge added that the county’s vaccination rate has increased in the past month, but said it still wasn’t enough to keep the virus at bay.

“If you’re in the minority who has not gotten the shot, you’re the reason we’re here today,” Hidalgo said.

The announcement comes exactly two weeks after the county raised the level to “orange,” and just two days after Fort Bend County raised its own threat level.

The delta variant of the coronavirus has spread rapidly throughout the region and across Texas, leading to massive increases in cases and hospitalizations. In Harris County, 25% of ICU patients are being treated for COVID-19, up from 20% on Sunday. The positivity rate in the county is doubling every 1.8 weeks, Hidalgo said.

Dr. Cedric Dark, an emergency room doctor at Harris Health System’s Ben Taub Hospital, said on Wednesday that LBJ Hospital — also within the system — declared themselves in an internal disaster.

“They were overflowing with patients, Dark said. “And this is something that’s not isolated just to LBJ. It’s happening in other hospitals in the area and its going to continue to happen as we enter this fourth wave.”

A spokesperson for the Harris Health System said that at one point Wednesday 17 critical care patients in the emergency room needed intensive care, but no beds were available.

Texas Medical Center Hospitals continue to operate within phase two of their ICU surge capacity plans, and health experts are not predicting the surge to die down soon.

Houston’s Health Department reported that the amount of virus in the city’s wastewater is currently 320% percent more than the highest level seen last summer — an indication that COVID-19 is rapidly spreading.

At close of business Wednesday, there were 89 positive cases throughout Houston’s municipal workforce, according to Mayor Sylvester Turner. The number was at 40 last week.

There are currently 68 police officers and 40 firefighters positive for COVID-19, and three city employees are hospitalized, Turner said.

At Thursday’s press conference, he called on the state to allow local control in COVID-19 response.

But he added that whether the governor changed the rules or not, he was prepared to do what he felt was best for the city.

“The numbers will dictate my response, and then we’ll deal with whatever happens after that,” Turner said. “I am not going to be constrained by some order.” In an email to Houston Public Media, Harris County Attorney Christian Menefee said he appreciated the local leaders’ response to the recent wave of COVID19.

“My office will continue to provide legal advice and guidance to the County Judge and Commissioners as they take steps necessary to protect the public from the spread of COVID-19,” the email read. “If that results in a legal conflict with Governor Abbott, then so be it.”