Democrats remain away in DC

AUSTIN – Governor Greg Abbott today issued a proclamation announcing that he will convene a second special legislative session at 12:00 p.m. on August 7, 2021. The proclamation identifies 17 agenda items for the second Special Session.

“The Texas Legislature achieved a great deal during the 87th Legislative Session, and they have a responsibility to finish the work that was started,” said Governor Abbott. “I will continue to call special session after special session to reform our broken bail system, uphold election integrity, and pass other important items that Texans demand and deserve. Passing these Special Session agenda items will chart a course towards a stronger and brighter future for the Lone Star State.” Agenda items for the second Special Session will include:

END_OF_DOCUMENT_TOKEN_TO_BE_REPLACED

Comcast recently unveiled its new Xfinity Store in Houston with a special community celebration at a brand new location.

At the recent event, Comcast celebrated with the local community through fun activities, raffles and live product demonstrations.

END_OF_DOCUMENT_TOKEN_TO_BE_REPLACED 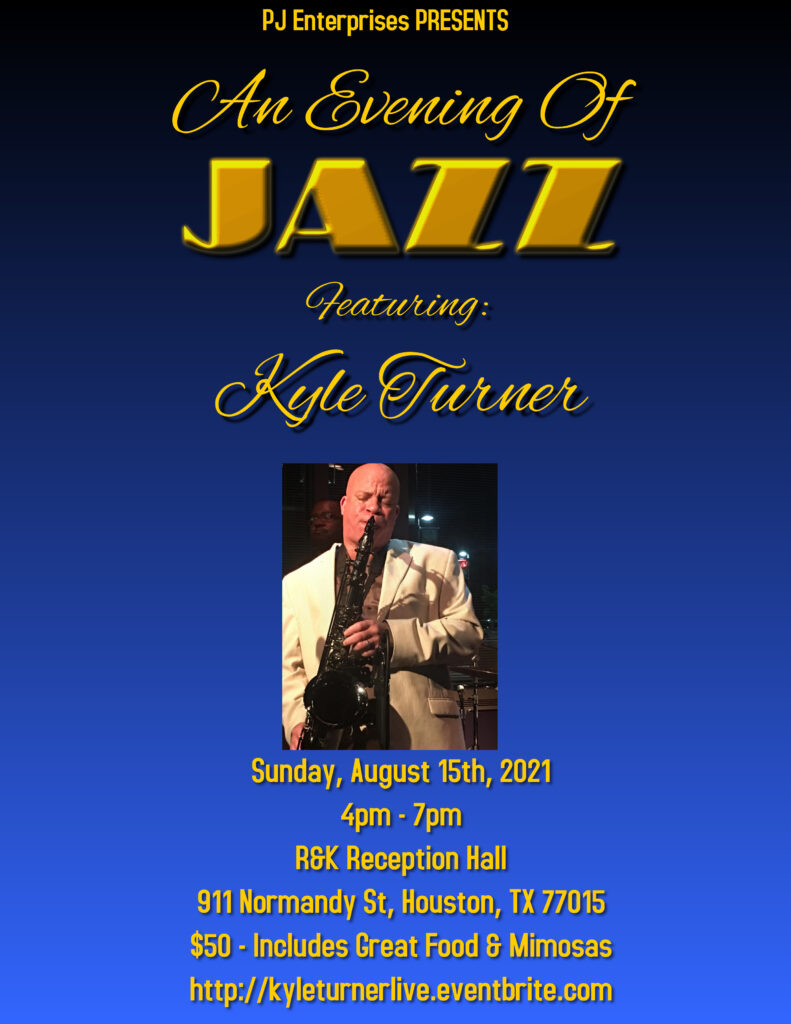 Houston – One of Houston’s musical treasures, Saxophonist Kyle Turner will be performing “live” at R&K Barbecue and Reception Hall, 911 Normandy St. 77015 on Sunday, August 15th, 2021 from 4pm to 7pm. Tickets are available at http://kyleturnerlive.eventbrite.com.

Since the 1990’s, Kyle Turner has been performing on a regular basis and draws enthusiastic audiences regionally and nationally. Kyle’s musical range is vast and he describes himself as a musician that loves playing all types of music. Kyle’s musical career has afforded him the opportunity to share the stage with musical greats: Luther Vandross, Regina Belle, Joe Sample, Bobby Lyle, Al Jarreau, Will Downing, Ronnie Laws, Marion Meadows, Bob Baldwin, Terence Blanchard, Eddie Levert and Kirk Whalum to name a few.

END_OF_DOCUMENT_TOKEN_TO_BE_REPLACED

After kidney transplant, wanted to start a business

HIGHLANDS – Make-A-Wish and Big Tex Trailers surprised 18 year-old Wish Kid Alex Garcia of Vann Street, with his own trailer and lawn mowing equipment so he can start his own business! They also provided him with business cards, logo’d shirts and flyers to jump start his new business.

Alex’s wish to start his own business is a result of the great influence his late father had on him – it was always his father’s dream to have his own business and now Alex, through the help of Make-A-Wish, will be able to carry on that legacy.

END_OF_DOCUMENT_TOKEN_TO_BE_REPLACED

By Carolyn Stone and Gilbert Hoffman

SAN JACINTO RIVER – Residents of the San Jacinto River Estates area along River Road, were surprised early in July to see excavation work barges lifting old sunken hulks of barges from the water along the waterfront.

This area is near the Superfund site, and also the area next to Riverside Inn where the Holtmar/TimTom company has been trying to install new barge mooring facilities.

Residents were concerned the cleanup was in preparation for the installation of the barge facility and the possible approval of the 03/04/21 Holtmar Letter of Permission from the Corps of Engineers.

However, closer inspection of the vessels and personnel performing the cleanup revealed they were from the TX GLO, or Texas General Land Office.

Residents say they are still concerned it may be related. Removal of the sunken vessels and other debris in the river would be a necessary step prior to construction of a barge facility in that area. Carolyn Stone reached out to Ana Hernandez’s office to hear if they had any information on why the GLO was in the proposed area for the barge facility removing the sunken vessels.

END_OF_DOCUMENT_TOKEN_TO_BE_REPLACED

(AUSTIN) — Texas Comptroller Glenn Hegar is reminding shoppers they can save money on clothes and school supplies during the state’s sales tax holiday on Friday, Saturday and Sunday, Aug. 6-8.

State law exempts sales tax on qualified items — such as clothing, footwear, school supplies and backpacks — priced below $100, saving shoppers about $8 on every $100 they spend. The date of the sales tax holiday and list of tax-exempt items are set by the Texas Legislature.

“For many families with children who are going back to their school campuses for the first time since the pandemic began, the sales tax holiday is the perfect opportunity to save money on school supplies and other tax-free items,” Hegar said. “As a father with three school-aged children myself, I know how these expenses can add up.”

Apparel and school supplies that may be purchased tax-free are listed on the Comptroller’s website at TexasTaxHoliday.org.