CROSBY – The community will regain one of their favorite party and wedding venues, when the Hundred Oaks Event Center opens next week. Formerly known as the Southern Lace Estates, the site was a favorite of families and hosted many weddings, parties, and fund-raising special events.

The venue includes over 100 Acres of secluded luxury, with a main reception hall that will accommodate 400 guests, has a large stage, vaulted ceiling and crystal chandeliers, and a grand staircase. It is located at 1110 Indian Shore Road, off FM2100 in Crosby.

The site also includes a Chapel with seating for 250 guests, a grand space with high ceiling and crystal chandeliers, and breathtaking views of the forest beyond. There is also a ceremonial site by the lake, with great outdoor atmosphere and the lake and forest beyond.

The Hundred Oaks Wedding and Event Center invites all friends & family to join the opening ceremony on Tuesday, November 30th from noon – 2:00 pm.

END_OF_DOCUMENT_TOKEN_TO_BE_REPLACED

Historical Society to hear of Ross Sterling, from farmer to governor

The Crosby Historical Society will hold a public meeting and presentation “From Humble Beginnings” – a discussion of early economic development in our region told in part through the life & times of Ross S. Sterling, who began life as a small farmer on the east side of Trinity Bay, and went on to create the Humble Oil Company, build the Baytown Refinery and eventually become Governor of Texas. The presenter will be Mark Stasney. Our meeting will be held on December 4, 2021, at 2 p.m. at the Crosby Brethren Church Gym/Fellowship Building, 5202 Church Street.

We will also have an update on the Museum progress by Jody Fuchs. We also encourage attendees to bring artifacts, pictures, scrapbooks, etc. for sharing with the audience. You do not have to be a member of CHS to attend the meeting. Please join us.

END_OF_DOCUMENT_TOKEN_TO_BE_REPLACED 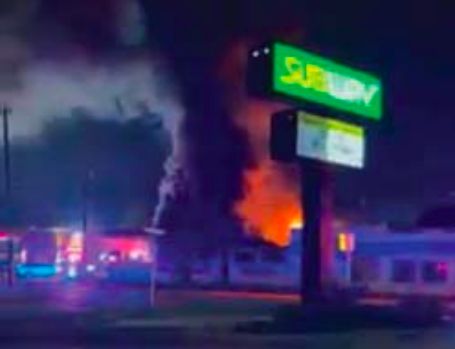 Highlands Fire Department, with the help of Crosby, Channelview, and Sheldon VFD, battled a fire in an abandoned building on Main Street last Thursday evening. The fire consumed trash and the building. Flames and heavy smoke and a small explosion filled the air and attracted many onlookers.

END_OF_DOCUMENT_TOKEN_TO_BE_REPLACED

Houston – Unlike last year, this upcoming holiday season we have a vaccine available that can protect us against COVID19. Additionally, eligible residents who completed their two-dose mRNA vaccine series (Pfizer or Moderna) at least six months ago and anyone who received the single-dose Johnson & Johnson vaccine at least two months ago can get a booster. Harris County Public Health (HCPH) is administering the COVID-19 vaccine booster for people in qualifying groups.

All COVID-19 vaccines provide strong protection for most people. A booster vaccine is an additional dose given after the protection provided by the original series has begun to decrease over time.

END_OF_DOCUMENT_TOKEN_TO_BE_REPLACED

La Porte, TX – The inaugural Texas Memorial Illumination at San Jacinto will take place November 13, 2021, on the grounds of the San Jacinto Battleground State Historic Site. Volunteers will be placing 21,500 luminaries on the battlefield and steps of the San Jacinto Memorial Monument. The luminaries represent Texans who have given their lives in armed conflict from the Texas Revolution through Afghanistan. Each luminary tells the story that freedom is not free.

The Texas Memorial Illumination at San Jacinto will be held on the San Jacinto Battleground State Historic Site One Monument Circle, La Porte TX. In remembrance of Texans who have lost their lives in armed conflict 21,500 luminaries will be lit in on the battlefield and monument. On just this one night, come and experience the battleground anew.

The park opens to the public at 6 p.m. and stays open till 12 a.m. You will be led through the battleground with luminaries lighting the way. This event is a free drive-through family event. Come and experience a renewed sense of patriotism as the luminaries tell the story that freedom is not free.

END_OF_DOCUMENT_TOKEN_TO_BE_REPLACED

Crosby ISD is partnering with Harris County Public Health to offer free COVID-19 vaccines for children ages 5 to 11 at an upcoming clinic. Pediatric nurses and technicians will administer the Pfizer vaccine. Pfizer is a two-dose vaccine. The second doses will be scheduled for 21 days later. There is no cost.

The free pediatric vaccine clinic will be open for two days to make it as convenient as possible for families. The dates and times are: Friday, November 12, 10am-6pm and Saturday, November 13, 10am-6pm. The clinic will be located at Crosby Elementary School, 14705 FM 2100, Crosby, TX 77532. Parents/guardians are required to accompany their children to the clinic.

END_OF_DOCUMENT_TOKEN_TO_BE_REPLACED 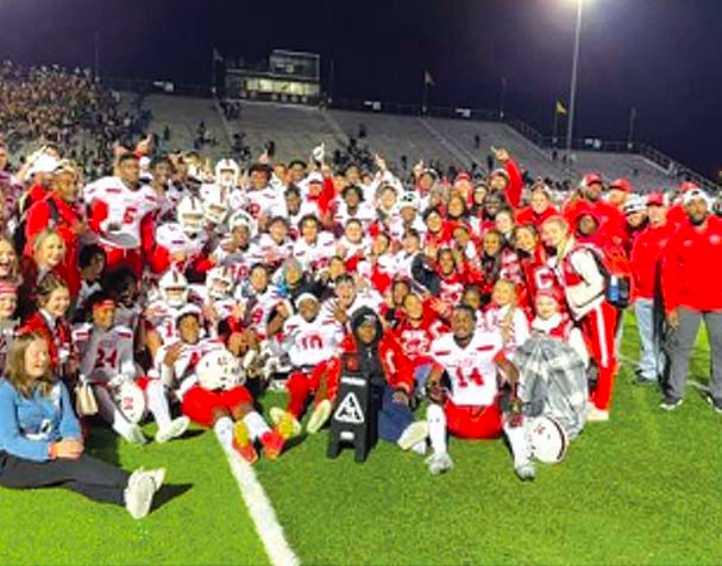 2021 District Champions! The Crosby Cougars are District 12-5A D2 champs. Undefeated in District play. The road to the playoffs begins now. Cougar Pride!

END_OF_DOCUMENT_TOKEN_TO_BE_REPLACED

“Our students have worked hard over the past few days to prepare meals we hope that you all will enjoy,” she said. “Chinese food is a staple in the U.S. and we are so excited for you to experience the students’ cooking skills on National Chinese Takeout Day.”

Dr. Cap Roder, SCTHS principal proudly boasted about his students, “All of these students that prepared today’s menu (Chef 313) will finish their 41-hour dual-credit certification with Lee College this May,” he said. “Some of them are steps away from receiving their degree!”

END_OF_DOCUMENT_TOKEN_TO_BE_REPLACED

Essential to get our Children vaccinated 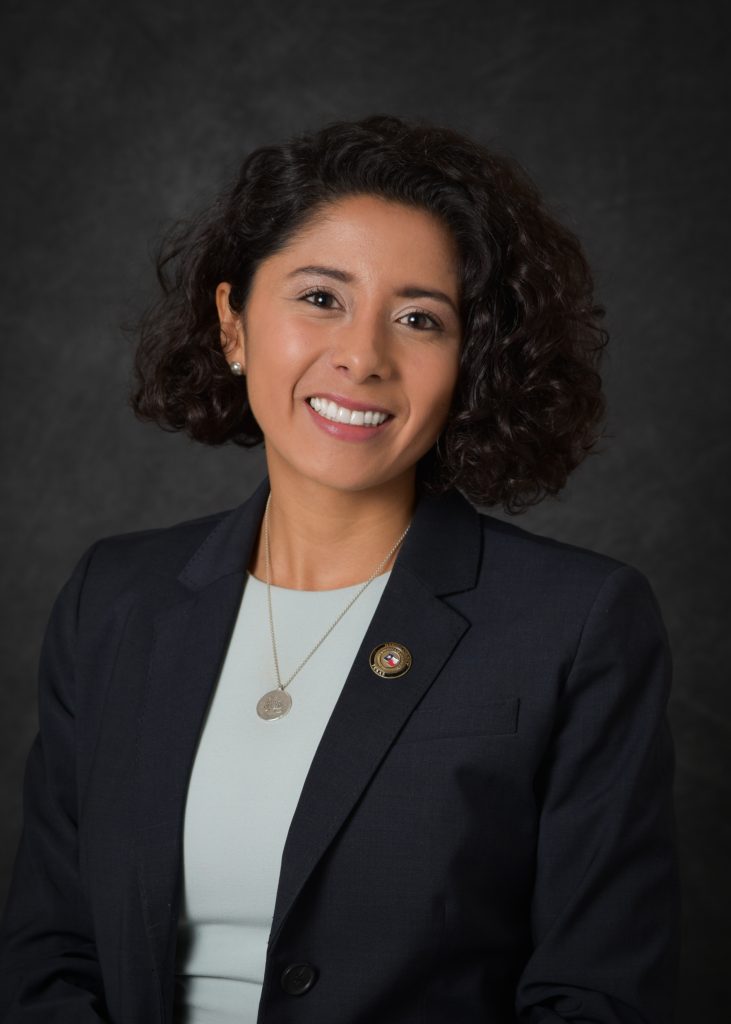 So many Harris County residents who have gotten vaccinated still have feelings of anxiety about COVID, and it’s understandable. Children under the age of 12 have been ineligible to receive the vaccine and remained unprotected from this pandemic that has taken so many lives. This week finally marks the end of the wait — the Federal Drug Administration (FDA) and Centers for Disease Control (CDC) have approved the vaccine for kids ages 5 to 11, an essential piece of our response to COVID-19 that is long overdue.

And, though many parents are eager to get their children vaccinated, others may still be hesitant. Parents should know that the vaccine is safe — the side effects adults have experienced, like a short-lived fever and cold-like symptoms, are less likely to affect kids. It’s also effective — it has a 90% effectiveness rate in preventing children ages 5 through 11 from contracting COVID19. Although younger children are less likely to be hospitalized or lose their lives from the virus, they can still suffer from various long-term effects of COVID-19. If you want to protect your kids from getting sick from COVID-19, there is no reason to delay signing up for this vaccine.

END_OF_DOCUMENT_TOKEN_TO_BE_REPLACED

HIGHLANDS – After taking a year off for the COVID Pandemic, the town came to life last Saturday and celebrated a combination of Halloween and the 64th Annual Jamboree.

The Theme for the Parade was “Spooktacular” and some of the units and their occupants were decorated in scary costumes.

The Jamboree was somewhat scaled down this year, but nevertheless 25 units were in the parade, including the Parade Marshal, Goose Creek’s Superintendent Randal O’Brien, who was also the Highlands Chamber’s Terry Davis Award winner this year.