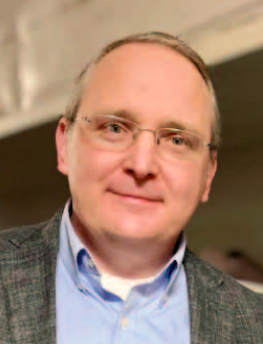 MONT BELVIEU – Brian Winningham has been selected as the new city manager for the City of Mont Belvieu. Winningham was one of three finalists resulting from a six-month long nationwide search conducted by Strategic Government Resources (SGR) and the Mont Belvieu City Council; he was chosen for the position after final interviews that were held on February 18 and 19.

“We are excited to add Mr. Winningham’s experiences and vision to our city. We feel he is the right person to lead our staff during this time of unprecedented growth in Mont Belvieu,” said Mayor Nick Dixon.

Brian Winningham has over five years of federal and local government experience and more than 20 years of military experience and currently serves as the City Administrator for the City of Dickinson, North Dakota. Previous experience includes:

*Chief, Office of the Secretary of Defense for Policy, Special Operations Pentagon (2016- 2017)

Brian holds a master’s degree in Administration, National Security/Strategic Studies from the US Naval War College, a bachelor’s degree in Philosophy/ Theology from Point Loma Nazarene University and is a graduate of the U.S. Army Logistics Management College with certifications in Fiscal Strategy and Execution Budget, and Federal Contract Law. He is also a graduate of the US Army Command and General Staff College.

The City of Mont Belvieu has been without a permanent city manager since Nathan Watkins resigned from the position in August of 2021. At that time, Assistant City Manager Scott Swigert was named Interim City Manager and will continue to serve in that role until Winningham assumes the position in April.

“The Council and I are very thankful to Scott for the leadership and stability he has provided to our staff during this transition. We are grateful that he will continue to serve our community as assistant city manager,” stated Mayor Nick Dixon.