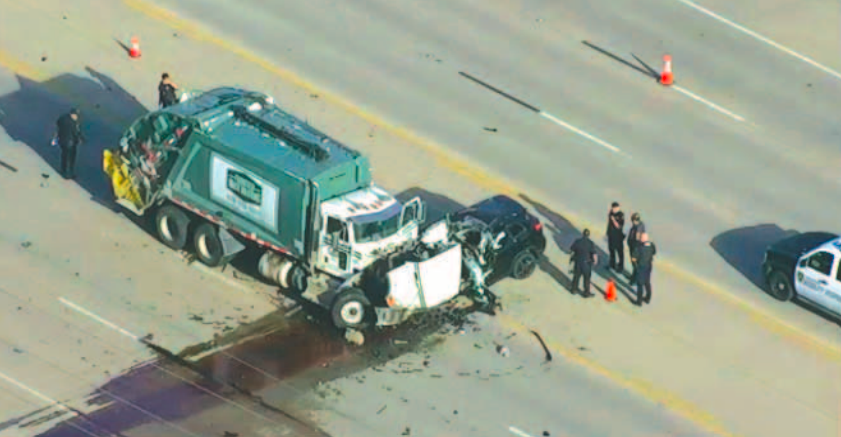 HUFFMAN, Texas – An investigation is underway after a woman was killed in a crash involving a garbage truck on FM 1960 in Huffman Friday April 8th, police said.

According to officers, a 34- year-old woman whose identity has not yet been released was killed in the crash.

Police said the victim was driving a black Jeep Cherokee westbound near the scene when she crossed into the eastbound lanes of FM 1960. The Jeep then struck a Peterbilt garbage truck head-on, police said.

Officers said the driver of the garbage truck, who was not injured, remained at the scene and was questioned then released.

Authorities said the investigation is ongoing.