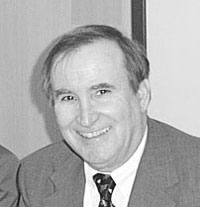 CROSBY  Crosby ISD is planning on asking local residents for a bond issue to refurbish the buildings and technical infrastructure of Crosby schools soon while funding from the state is running short.

The shortfall of Texas sales tax money to operate schools is a separate problem from the need for Crosby schools to renovate their buildings.

The school district will cut back on personnel to decrease their operational budget but is facing tough questions on how to best prepare the district for the future needs of students in infrastructure and building. Bond money cannot be used for maintenance and operations.

Crosby ISD will be cutting back on personnel by attrition next year and needs money to refurbish buildings. Attrition means that as personnel retire or quit, those positions will be phased out. The result is most likely larger class sizes.

The shift in legislation for funding schools has created some of the shortfall problems currently effecting school operations. Currently operational and maintenance budgets are derived from about 41.2% from the state and 58.8% from local taxes. That is about the reverse of some 15 years ago.

According to Don Hendrix, the benefits of asking for a bond now include the interest paid on a bond issue now is low, about 5%; and now the construction market is currently depressed and construction costs are less now than 3 or 4 years ago.

We are almost sure to get lower bids on projects, explains Hendrix.

Hendrix delineated the names of a committee of some well respected residents of the Crosby area who were asked to review the structures of Crosby schools and they made a bare-bones list of needs to the Crosby ISD School board. The list of what the committee saw as being minimal is extensive and an estimate of total cost is not ventured by anyone yet. The CRE8 Architects has been designated by the board to review the committees recommendations and produce an estimate.

According to Hendrix, the goal of the bond (which has not yet been approved,) concerning the high school would be an upgrade to handle 1,600 students. Replacement of the metal buildings outside the schools, replace the existing Agricultural Building, build a career technical wing, replace the HVA/C system’s power supply on the new gymnasium, expand the library, expand the computer and science wing and modernize to change the traffic flow to handle additional students expected in the year 2015.

An alternative would be to construct a new high school to handle about 1,800 students for about $37 M to $40M. Renovation under the current condition for the next 12 years is seen as most cost effective.

Drew Intermediate School will probably need the ceilings renovated, the library is currently small for expected needs. Class rooms that date back to 1957 are seen as needing to be taken down and renovated.