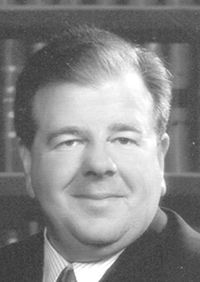 For the past 10 years, I have fielded questions from Newport residents about why the homeowners association does not provide nicer amenities for the people who live in the subdivision. Believe it or not, there is a segment of this community that is interested in improving services and amenities within the subdivision, even if it results in a modest increase in the maintenance fee assessments.
Over the past few years, the NPOAN has made a concerted effort to respond to these requests. Homeowners association funds have been spent to add streetlights to a significant portion of the neighborhood; significant improvements have been made to the lake and river amenities; the playground on Port-O-Call has been leased from the developer and renovated by NPOAN; and the association has undertaken a mosquito spraying program, to name just a few of the additions and improvements which have been implemented by the current Board of Directors.
This past year, we were finally presented with an opportunity to add a significant new amenity to the subdivisionthe new owner of the Newport Golf Course & Conference Center approached NPOAN and submitted a proposal to open a health and fitness center for all residents of the subdivision. What did the NPOAN Board do in response to this proposal ? They did not hastily enter into any agreement with the owner of the conference center, as some would have you believe. No, the Directors of NPOAN formed a committee which conducted a feasibility study with respect to the proposed fitness center, and entered into negotiations to reduce the cost of this amenity. This is the same due diligence process that would have been undertaken for any other matter coming before this Board. As of the date of this letter, NPOAN is still pursuing this proposal, but no final agreement has been consummated.
In response to these efforts, a certain group of disgruntled former board members, all of whom either resigned from office (some more than once) or affirmatively chose to not run for reelection, have started a campaign to have me and 4 other board members removed from office ! Normally, a recall election is something that is reserved for a situation where a board member has done something immoral or illegal in the course of the performance of his duties in office. I can assure you that this is not the case with respect to the 5 directors who are the target of this recent petition campaign. The only thing these 5 directors are guilty of is supporting a project that they honestly believe to be in the best interest of the community. That is the reason we try to elect conscientious individuals to serve on our homeowners boardto utilize their judgment and discretion in the management of the affairs of the community association. The recall effort that is being prosecuted against these 5 board members (myself included) is completely inappropriate and wholly unjust.
There is now a new letter being circulated by this group, which is full of more false information and misrepresentations. They claim that the NPOAN Board has conducted secret meetings in July, August and September, and not allowed residents to attend and voice their concern about the fitness center. On the contrary, the author of that letter was present at the board meeting in July and August (together with a number of other residents); this group was placed on the agenda for both the August and September meetings. On each occasion, they were given between 1 and 2 hours to address the board. In point of fact, this newspaper ran two separate stories reporting on the public meeting that was attended by at least 50 residents of the subdivision. You even ran a picture of these fifty people on the front page of the September 22 edition of the Star-Courier. To now contend that the NPOAN Board did not allow residents to express their concerns at these meeting is patently absurd ! This is just one example of the absurd contentions being promoted by this group.
A Special Meeting has been scheduled for Thursday, October 13 at 7:00 p.m. for the members of NPOAN to vote on the issues (including but not limited to the recall of 5 named directors) presented in the petitions that this group submitted at last months meeting. I would encourage everyone who lives in the Newport subdivision to attend this meeting and vote against the recall of these 5 directors.
It will establish a dangerous precedent if we allow this group to remove someone from office simply because they did what they were supposed to dopursue the best interests of the people they represent. I am gravely concerned about what will happen to the neighborhood if this group is allowed to seize control of the homeowners association, which is what they seek to do.
Your continued support of the NPOAN and its Board of Directors will be greatly appreciated. I look forward to seeing you at the meeting this evening.