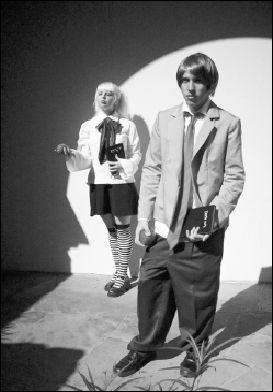 CHAMBERS COUNTY– The Chambers County Library in Anahuac will be hosting Ana-Con, a free all-day event on May 10 from 10 a.m. to 10 p.m. The library is located at 202 Cummings St.
Ana-Con, is an all day anime convention featuring games, anime, a Super Smash Bros: Brawl tournament, food and prizes.
For those who are new to anime, lets start with an introduction. An · i · me – a is a Japanese style of motion-picture animation, characterized by highly stylized, colorful art, and futuristic settings.
Anime is the Japanese shortened word for animation. In Japan, anime is a popular form of entertainment. It comes in the form of TV shows, movies and direct to video releases. Most of the time, anime comes from a manga  Japanese comics. Occasionally, though, youll get an anime first, and then the manga will followbut as a general rule, anime comes from a popular manga series.

To some, Anime might just be dismissed as one of those silly Pokemon cartoons for kids. But on delving deeper, you will be surprised to know that a majority of anime covers a wide range of emotions, intense graphics, story lines and brilliantly conceptualized characters. It allows for a creative outlet for teens to express themselves through cosplay, creative drawing, or creating their own anime.
The Schedule of events include 24 Anime titles showing throughout the day; DragonBall Z scavenger hunt; Dance Off, Pants Off (not literally) contest; Cosplay show and Gaming room complete with DDR, Super Smash Brothers, Guitar Hero, Halo 3 and more!
A Maid Café will also be available to serve Ana-Con-goers Japanese style refreshments. Prices for the Maid Café will vary from .50 cents to a few dollars.
To register, please go to the Chambers County Library System website and scroll down to the Teen Blog and follow the rules to sign up !