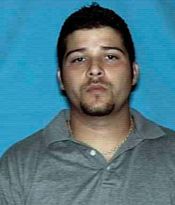 CROSBY  Detectives have filed Burglary Habitation charges on an alleged serial burglar in Newport, but he remains at large.
The accused is identified as Taylor Ramirez. Deputy Thomas W. Hitt of the General Investigations Division Criminal Investigations Bureau says Ramirez has been linked to seven residential burglaries in the Newport subdivision. He is currently wanted on the felony charge of Burglary Habitation and his whereabouts are unknown.
Ramirez drives a silver Mitsubishi Montero he once resided in the Newport subdivision. Ramirez was familiar with the area and is known by several of the complainants that were burglarized. Items stolen in the burglaries are electronics, jewelry and firearms. Many of the stolen items have been recovered. Anyone that knows Ramirez location is being asked to contact the Harris County Sheriffs Office at 713-221-6000.