Daughter charged with death of father 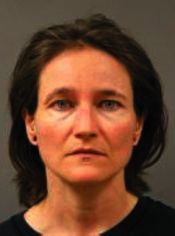 HUFFMAN  According to Detective Ben Beall of the Harris County Sheriff’s Homicide Division, Janice Byrnes has been charged with the murder of her father.

Neighbors say that many times Sheriff’s Deputies and other officials have been called to the 1300 block of Gum Tree Lane concerning loud arguing and fighting.

Officers say, July 26 Janice Byrnes walked to a neighbors house, and told that neighbor that she murdered her father. Deputies responded to the scene and located the body of John Byrnes within his home. He was killed by blunt force trauma to the head.

Janice was taken to the Harris County Sheriff’s Office Homicide Unit and questioned. Janice Byrnes stated she and her father argued on Sunday and she became very angry and blacked out. Several hours later, she realized her father was deceased.

Janice Byrnes is charged with murder in the 208th District Court with bond set at $75,000.