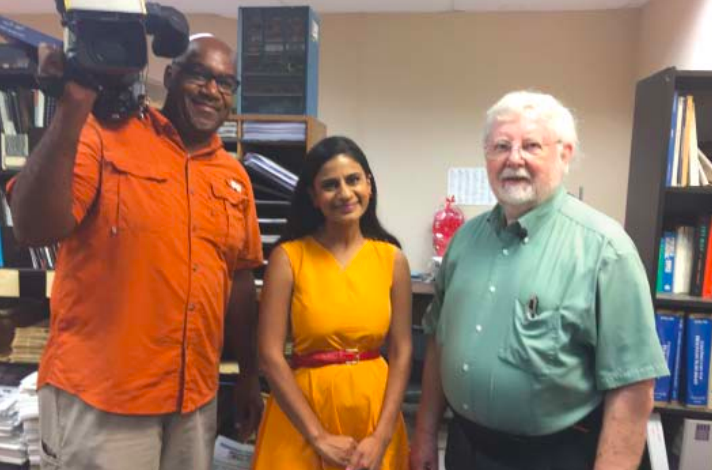 TV Channel 13 featured a number of Crosby businesses on their ABC13+ segment, which airs on broadcast TV and also Facebook and Twitter.

One of the segments featured Star-Courier publisher Gilbert Hoffman, seen above with cameraman Willie and reporter Pooja Lodhia.

Others featured in the program included the Crosby Heliport, Crosby Stars Cheerleaders and athletes and band, United in Christ charity, La Casita Taqueria restaurant, Straight Off the Road BBQ restaurant, and Scott Stephens of the Cody Foundation.