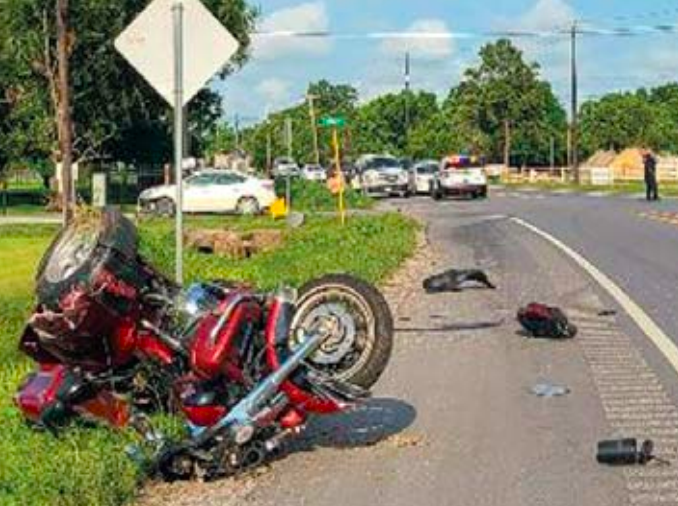 A westbound 70 year old veteran died as a result of injuries sustained when he was struck by an eastbound Nissan Sentra trying to make a left turn onto Sralla Rd. at about 3:15 p.m. Thursday, June 10 on FM 1942.

David Sullivan, the operator of the red Harley Davidson motorcycle, was taken by ambulance to Houston Methodist Baytown Hospital, where he was pronounced deceased from his injuries upon arrival.