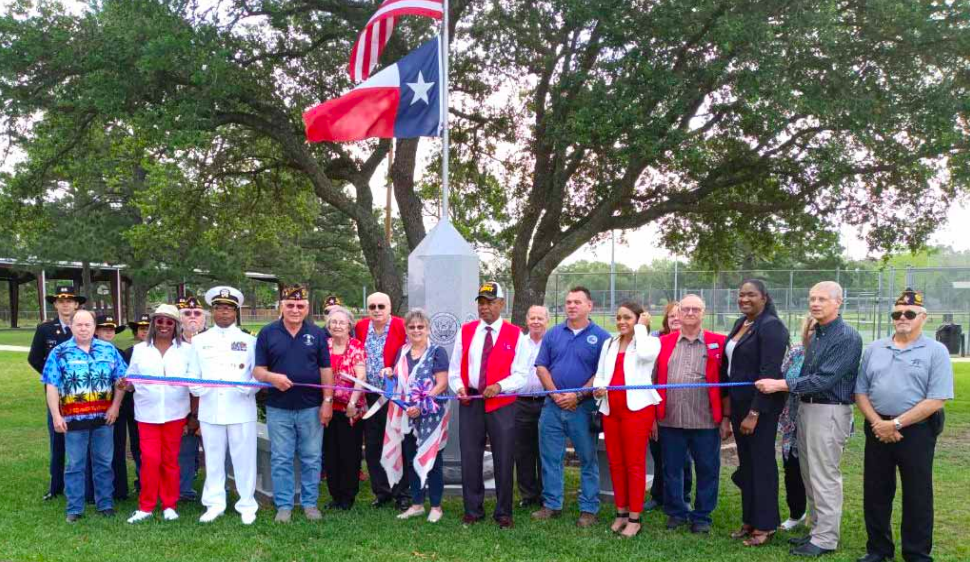 The Eastside Veterans Committee was formed in May 2014 and the sole purpose was to promote Veteran recognition and provide a memorial for the Crosby Community.

Local sponsors contributed to the initial funding for an annual “Feed the Veterans’ which grew to include a town parade, art contest with CISD, a Veterans celebration at the Crosby Stadium and casino bus trips.

The monument was provided 100% by the Eastside Veterans Committee fundraisers.