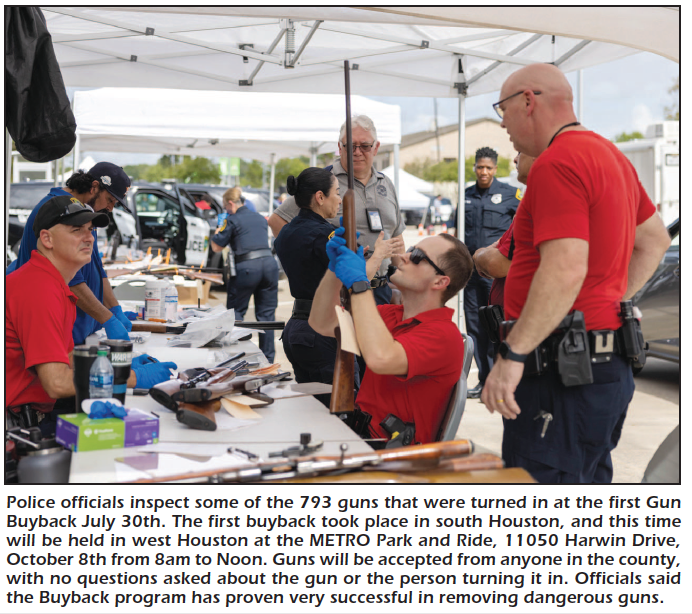 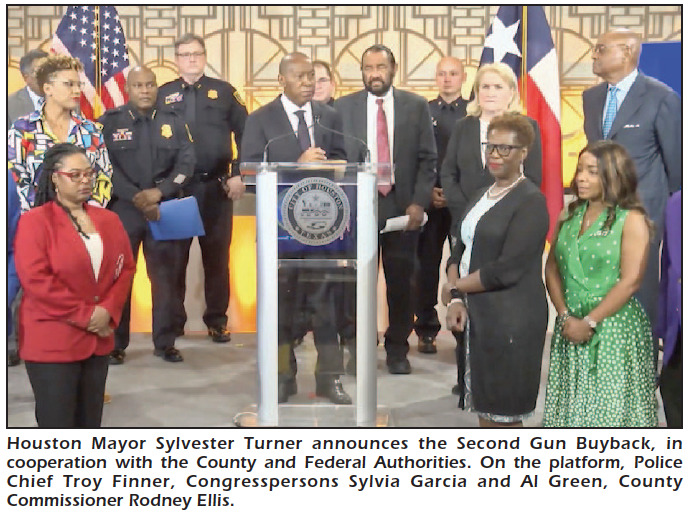 Following an overwhelming turnout during the first gun buyback on July 30, the second event will take place on Oct. 8 at the METRO Park & Ride, 11050 Harwin Drive, between 8 a.m.- noon.

“Our goal is the same for the second event as it was for the first, and that is to get guns off the street,” said Mayor Turner. “The guns turned in will never be stolen or used in the commission of a crime, suicide, or an accidental shooting by a child.”

During the first gun buyback, Houston Police collected 793 guns, including 281 long guns, and 512 pistols. HPD also gave priority vouchers to 150 additional people who were turned turned away because of the long lines and wait. In anticipation of another outpouring of support and robust public interest, Houston Police Chief Troy Finner announced that HPD would implement several changes to make the process more efficient on Oct. 8 including; —

—People given priority vouchers on July 30 will be moved to front of the line —No privately manufactured weapons or “ghost guns” accepted.

—No questions asked. Remain in vehicles The gun buyback is one tool in the One Safe Houston initiative, a comprehensive holistic approach to reducing violent crime. It has four components.

—Key Community Partnerships Today, violent crime is down overall in Houston, and the murder rate is down 4%.

“I know people question whether gun buybacks are worth it, and I say yes. The initiative was worth it if we took only one gun off the street that could have been stolen or used to injure or kill someone. Every gun we can get off the street today can help us create a safer tomorrow for everyone in our community,” said Mayor Turner.