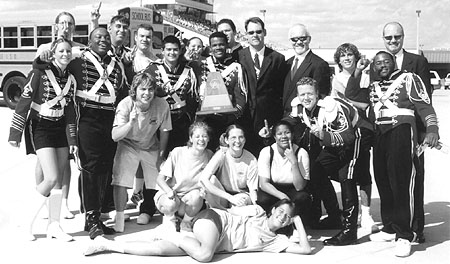 Only 4A band to get 1st Division

The Crosby High School Band was the only 4A band to earn a division one rating, the highest rating possible. The bands sound was great and the marching drill was outstanding.

The Crosby Band is under the direction of our new directors Adam Bird, Head Director and Jim Doiron, Assistant Director. This being a transition year, Mr. Bird, Mr. Doiron, and the band worked hard all semester and have overcome many obstacles to achieve success. Congratulations!