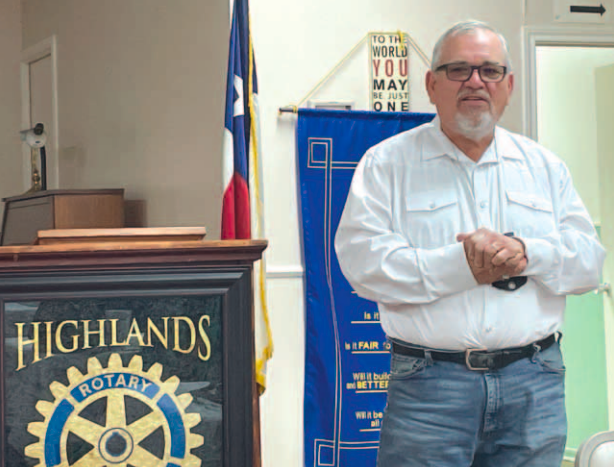 With the RodeoHouston in full swing at NRG Center, the Highlands Rotary heard from Don Nichols of the speaker’s bureau of the Rodeo. Nichols is a past president of the Galena Park Rotary club.

He spoke about the history of the Houston Rodeo, starting in 1932 with one entertainer, Gene Autry, who sang for a whole week. Originally in the Sam Houston Coliseum, it moved to the Astrodome in 1966 and to NRG stadium in 2002.

Every year the Rodeo awards 2300 scholarships to college-bound seniors.

There are four “pillars” on which the event is founded: Agriculture, Entertainment, Western Lore, and Education.

This is the 90th Anniversary year of RodeoHouston.